How to strengthen the immune system & avoid mets before you start any cancer treatments?

What supplements do I take & why?

I get often asked about the supplements I take. My list is quite long as I do take some as have left to me by my father, however, I won’t bore you with all of them as I don’t intend to take all of them for the rest of my life 😉

I want to write only about a few which I take DAILY as I believe they may help my body function better. Please do not forget that no supplements are superior to nutritious organic vegetables and fruits as well as a healthy balanced diet that fills your body with vitamins and minerals first. I only rely on supplements to ensure I get even more minerals and vitamins.

What are your top supplements and why?

My top three are:

I try to eat whole foods which are rich in Omega 3, so chia seeds in my porridge, small fish or wild salmon at least once a week and finally I supplement with Omega3 🙂

I take a high dose of DHA Omega 3 because it reduces inflammation and inflammation is responsible for aging and many illnesses…Plus it:

I get my Omega 3 on Amazon, I take 2 capsules, so 2grams of Omega per day. FDA recommends up to 3g per day max.

I used to buy Doctors Best Curcumin Phytosome with Meriva but swapped them for the raw turmeric shots simply because there isn’t such a powerful product on the market (use code WELCOME25 for 25%).

Turmeric co has 35g of turmeric and 1.75g curcuminoids in a single shot. Plus they don’t add any sugar or preservatives to the shot, unlike powdered capsules that use magnesium stearate and others… I take curcumin because it lowers inflammation.

Turmeric gets its color from pigments called curcuminoids. Curcumin is the main curcuminoid in turmeric.Usually, there is very little curcumin (typically less than 5%) in the turmeric. Nonetheless, curcumin offers many health benefits.

There have been thousands of scientific studies done on turmeric that show curcumin’s promising positive effects on many health issues, many of them connected to inflammation!

Anti-inflammatory properties of curcumin are super important when you are concerned about your bone health. Inflammation promotes osteoclast activity and encourages bone loss. This study published in Oncogene states that curcumin is more potent than acetylsalicylic acid (Aspirin) and ibuprofen when suppressing inflammation and blocking the tumor-cell proliferation.

Besides turmeric potential in relieving arthritis, it supports brain function, fights depression, and certain types of cancer. All the more reasons why I have been taking it and encourage all my friends to take it too!

Knowledge about vitamin D metabolism is limited and often based on outdated concepts. Up to quite recently, vitamin D was studied as a ‘vitamin’ and not as a hormone, which led to several wrong assumptions. To make things more complicated, most people (especially cancer patients) have low levels of this vitamin and people who also suffer from auto-immune conditions have faulty receptors for vitamin D and lack the main co-factors for the conversion.

While small doses (5,000ui/daily and lower) might be of some use, they would rarely control deficiencies, particularly for people with high inflammatory markers such as high C reactive protein.

Professor Holick pioneered the research on vitamin D, which was later developed further by the neurologist Professor Cicero Gali Coimbra into a treatment for multiple sclerosis. All his patients, without exception, are in remission (around 20,000 people).

There is extensive research supporting the use of high doses vitamin D. However, most people still think that anything above 1,000 ui is high. If we think about lifeguards who spend their life working outdoors and exposed to sunlight, it is a little easier to understand how the concepts of ‘toxicity’ risks are wrong. No one dashes to the hospital after spending a day at the seaside!

A young healthy person will produce a minimum of 15,000 ui after 🌞 exposure for about 40 minutes, and then the body’s capacity to produce vitamin D is exhausted for the day( vit D saturation levels = 24 hours). A dose of 10,000 ui daily is considered the minimum effective supplemental dose, cancer patients might need a higher dose to maintain levels between 80 to 100ng or higher. I am getting that result with 5.000-10.000ui per day when not on the sun.

The advice to avoid midday’s sun, and to use toxic sun protectors leads to a deficiency in vitamin D worldwide. UVB light is only available between 11 am and 2 pm, depending on the country and proximity to the equator. UVA can’t be used to make vitamin D by the body.

The concept that vitamin D levels above 100 ng are dangerous is outdated. Toxicity is mainly theoretical and the few cases of hypercalcemia (which is easily reversed), happened due to lab errors when manipulating the product or specific disease (such as bone mets). The levels of vitamin D in the blood don’t present a realistic indication of how much will be converted into the active form in the liver and kidneys (particularly for people with cancer, auto-immune conditions, and faulty receptors).

There are a few MDs, nutritionists, and researchers still holding on to old concepts (sadly including my immunologist )who fear of using appropriated doses and ask to stop supplementation having seen 100ng on your blood test results…

D3 is a stable supplement, so the brand isn’t an important factor here. Dried formulations have poorer absorption unless taken alongside a meal with plenty of fats, or with a spoon of flax, hemp, coconut, or olive oil.

Oil-based formulations are better absorbed, however, some brands use unhealthy oils such as peanut oil which can be high in aflatoxins and cause allergies, or vegetable oils high in problematic omega 6s and GMO oils. Healthy Origins is a good brand using olive oil and is the brand most commonly used for people on high dose protocols. I personally use Sunday Naturals which has not only vit d3 but alsoK2Mk7 and is based on MCT oil.

Most people are able to convert vitamin D to the useable form unless liver or kidney function is compromised. People with autoimmune conditions are known to have faulty deformed cell receptors for vitamin D, and often require higher doses.

As described above doses lower than 10,000 ui offer little benefit. Doses above 20,000 ui require a protocol with cofactors, catalysts, and a calcium restricted diet. K2-mk7 supplementation is crucial for doses above 20,000 ui and recommended, but not obligatory, for lower doses. WARNING : A high dose supplementation requires PTH and calcium tests ( and knowledge of how it works..).If the PT hormone is within normal range the vitamin D dose is not effective for that person. Remember vitamin D supplementation above 10,000 ui requires professional guidance!

Several studies found that individuals with vitamin D deficiency also presented low levels of vitamin K2. Vitamin D and K2 are needed in synergy to avoid hypercalcemia. As stated by dr Steven Lin Activator X so vitamin K2-helps to build strong bones and teeth. K2* activates proteins that pick up calcium and put it in the bones and teeth, not in the soft tissues!

While the brand isn’t much of an issue regarding vitamin D, it is essential for vitamin K2-mk7. K2 isn’t stable and starts degrading shortly after manufacture. Most brands, independent of price, buy from the same suppliers in China, and a few buy from suppliers in India. By the time it reaches the consumers, if repackaged in the correct manner, 50% of it might still be bioavailable. The longer it is kept, the less bioavailable it becomes. Often when people have dysfunctional bone metabolism, low bone density, high ionic calcium, excessive loss in urine within 24 hrs, it’s related to low levels of K2 (and few other bone nutrients such as boron and manganese). The intestinal bacteria produce some K2, often compromised by the fact that most of us have an impaired microbiota -dysbiosis.

Whenever supplementing with one supplement and altering the natural levels in the body it is necessary to supplement with other cofactors, catalysts, and vitamins involved in the same metabolism. High levels of K2 are found in some fermented foods like natto but few people tolerate the slippery texture. At the moment one of the most stable K2-mk7 on the market that I am aware of is MenaquinGold, used by a few brands. Medikor Labs sells a reliable form of MenaquinGold in the USA only. It’s possible to buy Medikor Labs K2 in the UK from professionals working with high dose vitamin D for MS.

It is better not to buy combined vitamin D and K2, as most have nearly no bioavailable K2, and to choose a brand of vitamin D3 which uses olive oil as the carrier oil. Both supplements are beneficial alongside cancer protocols. The cancer patients are also suggested to take DHA-500 alongside these when dealing with cancer types that tend to metastasise to bone (e.g breast cancer).

Supplements I want to add to my routine soon

For my anti ageing I would love to add :

**Matrix-GLA is another protein involved in a complex process that ends up with calcium being deposited in blood vessels and soft tissue. When Matrix-GLA is carboxylated by the enzyme gamma-glutamyl carboxylase in a K2 dependant reaction vascular mineralization is inhibited.

Disclaimer:
The content of this blog is provided for general informational purposes only and is not intended as, nor should it be considered a substitute for, professional medical advice. Do not use the information on this site for diagnosing or treating any medical or health condition. If you suspect or have any medical condition, please contact your professional healthcare provider to consult it.

The information about vit D comes from my dear friend who is a researcher fighting successfully a few serious health conditions and researching it extensively to spread her knowledge with anyone interested.

It is not medical advice and while I share what I have been doing re supplementation I urge you to apply a common sense and consult with your health practitioner before applying any of these.

healthinflammationsupplements
Prev post The Quit Sugar Summit 2020- Review
Next post Are you neglecting your mitochondria? Check it out! 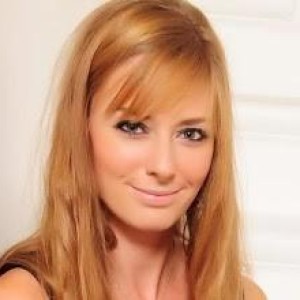 Essential Oils: benefits, where to buy, how to use

Welcome to my blog! 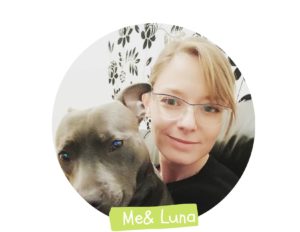 My Healthy Addictions does not provide medical advice, diagnosis, or treatment. Any information published on this site is not intended as a substitute for medical advice, and you should not take any action before consulting with a healthcare professional.